All BOLTS Compatible with iOS & Android ⚡

BY PATRIOTS FOR PATRIOTS

Bolt Watches was built out of necessity...

Just like many of our local police, military, and other first responders that NEED a tough, rugged, dependable watch that has been proven and battle tested...

I ended up down the same rabbit hole as everyone else.

I started searching all over google, instagram, and Facebook… and quickly came across a few brands and watches.

Some websites looked really nice and some looked sketchier than this guy….. 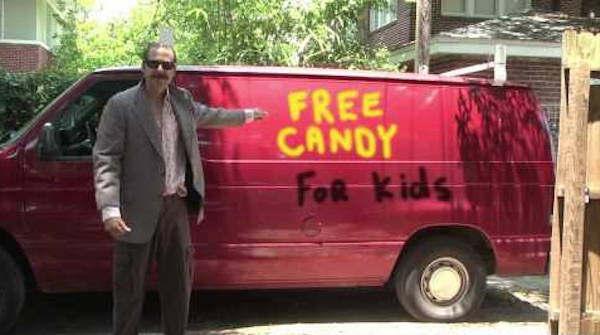 Out of all of those, I found a few watches that I really liked

In all honesty, I’ve always done well but I’ve always been a working class person so I damn near fainted when I saw that last price! Lol

Then boom! It hit me…

ALL of the dependable, battle tested watches are in the 3 figure cost range and the cheaper ones are shipped from china and take between 2-4 weeks to arrive!

Not to mention I’d never heard of the cheaper brands and the websites didn’t seem too trustworthy so I figured their watches couldn’t be any better.

So I ended up not buying anything, I wasn’t going to let who knows who from who knows where separate me from my hard earned money for something that would probably break, if it ever even came.

Especially because I had been involved in the trade industry for many years and knew that they were marking the prices on all of these watches WAY up.

Now… I get it, some watches have more features and some brands have battle tested and refined their products over the years, but prices should not be marked up 10-20x.

Especially not for fellow patriots.

So a few weeks passed by and I encountered a mission where the features of some of the watches I wanted to buy would have came in handy and I remembered the watches.

Then a few weeks later, again.

Later on that last day I was listening to a motivational speech from one of my heroes. (A patriot/Hero/Motivational Human Being/Total Badass)

And from that moment on I made the decision and commitment to go for it.

I decided to take a leap of faith and bet on the fact that there was other fellow patriots that were frustrated that there was no affordable battle tested tactical watches.

And that I would commit to solve this problem.

And on that day Bolt Watches was born.

Since then, I’ve dedicated my entire life and vowed to design, battle test, refine, and build the toughest most useful tactical military watches without the 10-20x mark up to make them available for all fellow patriots.

As time has passed the Bolt Watches team has grown and there’s now 1,000s of patriots all over wearing bolt watches everyday.

That being said, we’re still 100% committed to our core mission which is to design, battle test, refine, and build the toughest most useful tactical military watches without the 10-20x mark up.

Now, before closing out…

I just wanted to give you a special thanks for taking the time to read our full story and supporting our brand.

As a personal thanks from me to you for reading through everything I wrote, use code SECRET15 when you checkout today and save 15% off your entire first order.

If you have any questions feel free to reach at info@BoltWatches.com and we’ll be happy to answer any questions you may have and help you pick out the perfect Bolt Watch based off your needs.

So I don’t know how to close this out, but that pretty much sums it up. lol

I look forward to seeing you join the Bolt Watches family.

Super smooth and it looks great!

Thanks for taking care of me guys! 🙏

Customer service is on point and they make solid tactical watches.

This isn’t just a tactical watch, it becomes the tool that allows you to reach the health and lifestyle goals you want.

It feels well put together, I took it to the range and it held up perfectly.

The capacitor is dope, my brother is going to order one too.

I’ve been wanting a reactor for a while and I finally pulled the trigger! lol Thank you! Thank you!

You guys are the best!

Being able to answer calls straight from your wrist is something you didn’t;t know you needed until you have it 😂 🙌

Very impressed with the watch and service, I received it 4 days after I ordered.

Very happy with my bolt watch!